The 10 Most Instagrammed Spots in Limerick

Maldron Hotel Limerick conducted in-depth research analysing thousands of Instagram hashtags related to Limerick and the surrounding area to reveal the most popular spots according to Instagram lovers.

Find out what you can see in Limerick City and nearby country-side gems where you can wander during a hike or bicycle trail.

This castle owns the most popular location in Limerick with 10,759 hashtagged pictures on Instagram. If you’re in the area, we would highly recommend the tour of the 13th-century castle!

King John’s Castle is among the best-preserved Viking castles in Europe which also includes the remains of a Viking settlement. In recent years, the castle hosted concerts of Gavin James, The Corona’s, Imelda May and Hermitage Green, to name some. Throughout the year, King John’s Castle will host firework shows or Viking themed events in grounds during the summer.

Many people from Limerick would wonder: have you even visited the city if you haven’t been around during a Munster match? Munster are known for the best fans in Europe. Plus the chanting in the terraces creates a unique atmosphere which makes Thomond Park a really tough place for away teams to win!

Thomond Park is a must-visit stadium where the All Blacks lost and many a tear was shed for Axel Foley on the game after his untimely death. 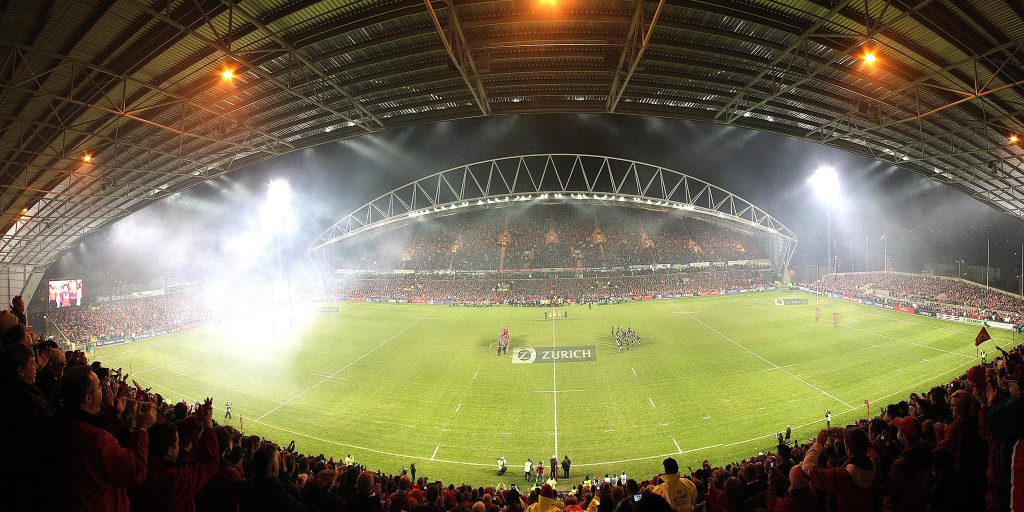 The Ballyhoura Mountains is about 400 metres above sea level. In a car, you can get to the mountains with 70-minutes away from Limerick City.

The Ballyhoura mountains have Ireland’s most extensive biking trails. It is an excellent opportunity for families as you can take part in a beginner’s friendly mountain biking which is organised by Visit Ballyhoura.

Lough Gur is a picturesque horseshoe-shaped lake near Croom in Co. Limerick. You can get to this hideaway in about 25-minutes from the Maldron Hotel in Limerick City. Dozens of five-star reviews on Google would recommend visiting for a walk or a picnic with the family!

A park suitable for all ages with a 1 km loop around the lake which would keep the kids entertained by the swans. Curraghchase boosts over 300 hectares of parklands, mixed and woodlands including a play area for children. During the summer, you could expect an ice cream van which would be a pleasant surprise!

Curraghchase Forest Park is home to some rare animals such as lesser horseshoe bat and the hawfinch.

If you’re planning a staycation in Limerick, there’s a lot more to discover. After the top five most Instagrammed places, you have the Dolan’s Pub, The Hunt Museum, Cratloe Woods, and the Milk Market. Dolan’s is known as one of the best music venues covering all genres, and they regularly host bands at the pub.

If you are looking for something different on a Saturday morning, we would recommend going to the Milk Market. You can get great kebabs, an Irish fry, pancakes and you may even bump into CJ Stander with his wife, Jean Marie or Jerry Flannery with his kids.

If you wanted to prepare a picnic before going to Lough Gur or Ballyhoura Mountains, we would suggest going to the Milk Market for the fruit as it has some of the tastiest fruit you will find in Limerick! For anyone with a sweet tooth, you will find plenty of stalls to try. If you would like something different, the Blacklava is a treat. Enjoy!